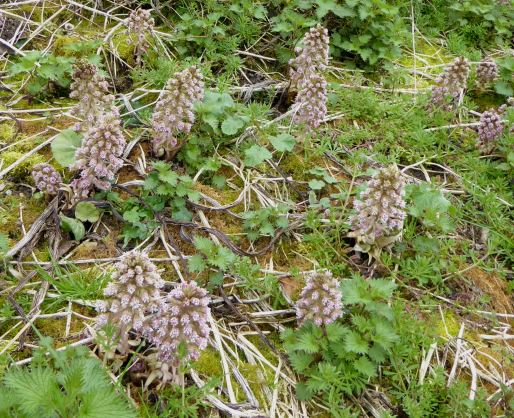 2021 Annual Butterbur count – March 31st
Dan Mortimer and I carried out the annual count of Butterbur flower spikes this morning from11am to 1pm. Dan had already collected several long Willow sticks left over from the last work session which we used to mark out sections in the main count area below the seat. The flower spikes in this area were far more extensive than last year and we had to mark 10 sections.   Here is a view of the main Butterbur area below the main seat. 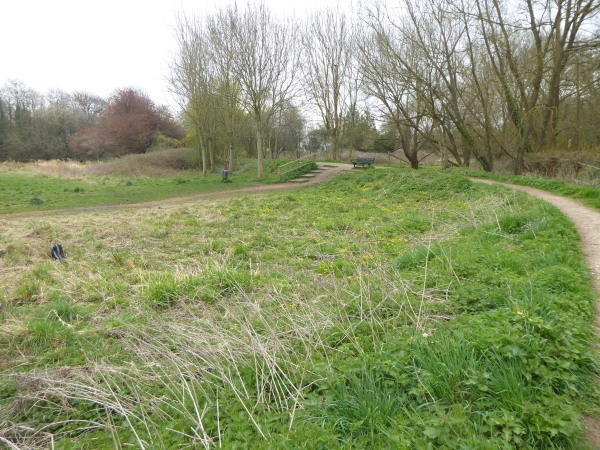 We each counted the spikes in each section, Dan used his counter to count while I just counted in my head, as I always have. 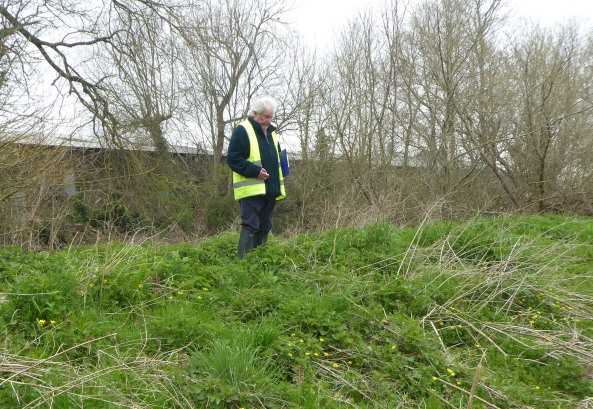 We counted each section separately and compared our counts after each section which were generally very close, within 5, and sometimes even exactly the same!   The flower spikes were much easier to see and count thanks to the clearance of dead Reed Canary-grass in the area by volunteers at the last work session.  The main Butterbur area was liberally sprinkled with bright yellow Lesser Celandine flowers which contrasted nicely with the more robust Butterbur spikes. 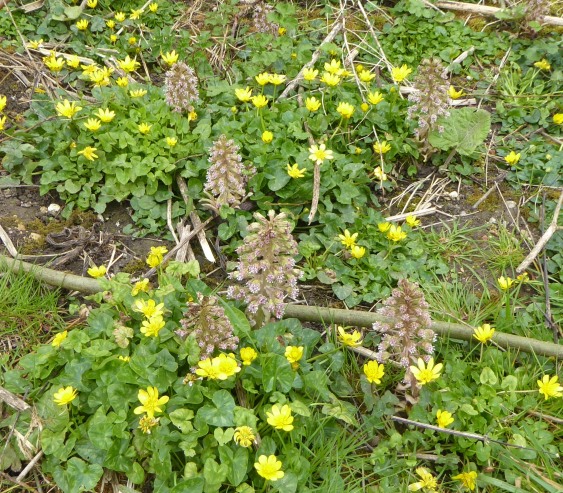 Dan and I also counted the flower spikes on the other subsidiary Butterbur areas, on the causeway banks near the Lumley gate, along the river bank near the sluice and on the upper part of the south meadow.

Results
As shown in the chart this year’s total number of Butterbur flower spikes of 651 is a whopping increase over last year’s low total of 198 spikes and is much in line with the counts of 2016, 2017 and 2018. Last year’s exceptionally low total raised concerns that Butterbur may be on the way out, but after today’s count I think we can say with some confidence that Butterbur is back!

As in all recent years the vast majority (91%) of the Butterbur spikes were on the area immediately in front of the main seat with relatively few on the subsidiary sites at the east end of the causeway (39) and on the river bank and south meadow (15). Interestingly, this has not always been the case for in the early years before 2010 the majority of spikes were in what we now call the subsidiary sections. The large increase since 2010 has been due to the spread of the Butterbur plants onto the main meadow below the seat.